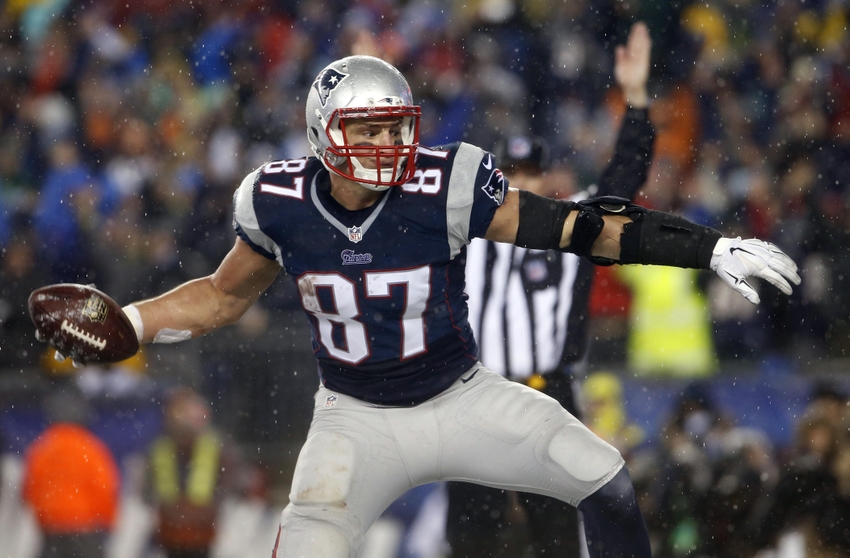 The 2015 NFL season has proven how volatile betting on games can be.  There have been a lot of injuries, upsets, and blowouts.  If you follow these posts, you may have seen that I really like to capitalize on upsets and blowouts.  The money line on underdogs is my friend.  It’s impossible to predict injuries, but it’s important to keep previous weeks’ injuries in mind when picking games.  The loss of running backs tend to devalue teams, but then you have DeAngelo Williams dominating as a replacement for Le’Veon Bell giving value to those who pick the Pittsburg Steelers.  But the loss of someone like Tony Romo has proven to be disastrous for the Dallas Cowboys, so bettors take note that he’s back and undefeated this season.

Back to the volatility of the 2015 betting season.  I started out the season slow, by pretty much breaking even.  Then things went bad in Week 7 and Week 8, and I was down over $500 real quick.  A Push for Week 9, and then dominating Week 10 and Week 11 has put me up almost $500 on the season.  Nothing to write home about, but when the house advantage is 4.8% when betting the point spread, it’s good to be in the black.

Now on to my Week 12 picks, which come early because of the 3 Thanksgiving Day games.

Ahh, the Butt-Fumble.  One of my fondest memories of Mark Sanchez, and a memory that I’m sure Mark Sanchez is trying to erase.  Will Sanchez start, or will the Eagles rush Sam Bradford back from his injury?  Either way, the Eagles will be weak at quarterback.  And rumors are that Chip Kelly is playing for his job, or using this game as an interview for a soon to be open LSU position that Les Miles will soon be departing if the LSU boosters have their way.  Darren Sproles is unhappy, Ryan Matthews is still out with a concussion, and DeMarco Murray misses the Dallas Cowboys offensive line that made his job so easy.  In summary, the Eagles are a disaster.  And the Detroit Lions are playing at home in front of a friendly Thanksgiving Day crowd.  The Lions have had a tough year themselves, but Matt Stafford is licking his chops with the chance to play against a defense that let Jameis Winston throw for 5 touchdowns just four days earlier.  Chip Kelly’s last game should be a fun one to watch while eating turkey and stuffing!

The Green Bay Packers still have the memory of a 3 game losing streak that kind of surprised everyone that was capped off with an 18-16 loss to the Detroit Lions at Lambeau Field.  Although Aaron Rodgers has been putting up Aaron Rodgers type stats, there is still some question that they can’t close every game that they should.  At least in my mind.  They don’t look as well put together as Packers teams of the past.  Nobody is claiming that the Chicago Bears are having a playoff caliber season, but they have been hit with some injuries.  But the Bears will be at full strength against the Packers, when they welcome back Matt Forte and Alshon Jeffery.  Having a full arsenal of weapons at Jay Cutler’s disposal will make this a fun offensive game to watch.

Atlanta Falcons (-1) over Minnesota Vikings for $110

Falcons at home.  Maybe I’m reminiscent of year’s past, but I still think that the Falcons should be dominating at home, even without pumping in crowd noise when their opponent’s offense is on the field.  They also have to overcome the loss of Devonta Freeman for this game.  I’m not convinced the Minnesota Vikings can take the Falcons at home.  Since this is basically a Pick ’em, I like the Falcons.

Matt Hasselbeck is a good quarterback, and proved that he still has skills with the Colts’ win in Atlanta last week.  It’s no fun to joke about lacerated kidney, and we wish Andrew Luck the best on his recovery, but this might be what the Colts need after their pretty crappy start.  But they’re still the 2015 Colts.  And the Buccaneers are winning.  And Jameis Winston put up 5 touchdowns against the Philadelphia Eagles, which has a good defense, depending on who you ask.  Meanwhile, the Colts defense is not good, even if you ask everybody.  Even though the Colts are playing for their division, and the Bucs thoughts of playoffs can only involve 2016, this game won’t go well for the Colts.

I feel like a broken record.  The Giants are terrible.  The Redskins are terrible.  But the Redskins have been a lot less terrible the past few weeks.  They unfortunately ran into an undefeated Carolina Panthers last week and an undefeated New England Patriots in Week 9.  But they dominated the New Orleans Saints in Week 10, and had a great win against the Bucs in Week 8.  Kirk Cousins is putting together a pretty solid offense.  And the Giants are still terrible.  The NFC East is anyone’s division.  Even though the New York Giants are in first with a 5-5 record, the Dallas Cowboys still have a chance, even at 3-7.  I’ll take Washington for the win and the value.

Marshawn Lynch is still out.  The Legion of Boom is the Legion of Bust.  And the 12th man hasn’t had much of an impact.  It doesn’t matter how injured Ben Roethlisberger is…he’ll beat you anyway.  That guy is indestructible, and his sprained foot is just about healed.  Big Ben is going to dominate the Legion of Boom and shut the 12th man up.  Give me the positive money on this one!

Ouch.  I’ve been struggling the last few weeks on NFL picks as everything seemed to go wrong for my picks (like the Pats somehow not covering the last couple weeks, or Philadelphia scoring a TD in OT against Dallas instead of just a field goal), but now I’m focused and determined to end the season on a high note.  The bye weeks are over, so we have a full slate of NFL games to choose from, including three on Thanksgiving.  My goal at the beginning of the season was to double my funny money, but now, my goal is to not lose any money.  That seems to be the theme for my gambling career.

Detroit Lions (-1) over Philadelphia Eagles for $110

The Eagles are a mess, losing their last two two games and falling out of first place in the NFC East.  Sam Bradford is doubtful, leaving the QB position as a liability in Philly.  Detroit has bounced back from a 1-7 start by winning their last two games against Green Bay and Oakland and looking like the competitive team that we thought they would be at the beginning of the season.  These two teams are going in opposite directions, so I’m taking the Lions at home on Thanksgiving.

Call this one more of a hunch.  Houston has won three in a row to bring themselves into a tie with Indy for the lead in the AFC South, while New Orleans has lost two in a row, essentially dropping them out of playoff contention.  The Saints defense is horrible, allowing an absurd amount of points this year, and specifically the last few weeks, but that shouldn’t be too much of an issue against the Texans, who don’t exactly light it up offensively.  Houston’s defense is very good and playing better lately, but I’ve got a feeling Drew Brees has a gem up his sleeve this week.  We’ll see if that is just wishful thinking, but I’ll take the money line just in case I’m right.

The Colts are on an upswing, winning their last two and tied for first place.  Andrew Luck is still out, but Matt Hasselbeck is 3-0 in his three starts.  I get the feeling like the Colts were leaning too much on Luck to carry them to the promise land, then, when he gets injured, they realize that it is a team game and they need to play together.  The Colts are the better team, and Hasselbeck will do just enough to win the game at home.  The Bucs are coming off a HUGE win at Philly, with Jameis Winston and Doug Martin lighting it up and leading Tampa to their first two game winning streak since 2013.  They are flying high, but will come crashing down this week in Indianapolis, who need to win this one to stay atop the division.

Oakland Raiders (-2) over Tennessee Titans for $110

Both teams have struggled the last few weeks.  Oakland probably shot themselves in the foot and find themselves on the outside looking in when it comes to the playoffs this season.  However, the Raiders are in the later stages of their rebuild and need all the wins they can get to energize and motivate the team and fan base.  The Titans, on the other hand, are in the early stages of their rebuild and are fighting for the first pick in the draft.  Mariota is looking good, but can’t do it on their own.  I like Oakland to rebound from their disappointing loss to Pittsburgh last week and take this one in Tennessee.

This is another hunch, just like my Saints pick.  I feel like Phillip Rivers is due for a big game and I’m not a huge Jacksonville fan, despite their two game win streak.  Bortles is good and the Jags are definitely the better team this year, but the NFL is weird and this might just be one of those games where San Diego wins by a couple of touchdowns, moving them further away from the top of the draft that they could use so desperately.

I debated putting more funny money on New England, but landed on three times my normal bet.  I just don’t see how this line is only 3.  Sure, the Broncos defense is excellent, but can you see Tom Brady being held to under 20 points?  I can’t.  So, assuming the Pats can put up 20+, that means Brock Osweiler needs to do better this week against New England than he did last week against the vastly inferior Chicago Bears.  New England always seems to come up big in nationally televised games and this game will put the Pats in ultimate control of home field advantage.  At 10-0, they have a nice two game cushion over Denver and Cincinnati.  A win this week will essentially give them a four game lead over Denver and at least a two game lead over the Bengals with only five to play.  A loss in Denver will insert some drama into the home field advantage race, so I don’t see that happening.