UFC International Fight week has come and gone. After a week long series of local events in Las Vegas, along with the UFC Fan Expo, and what can be argued as one of the biggest UFC Pay Per Views of all time, UFC 189 did not fail to deliver. 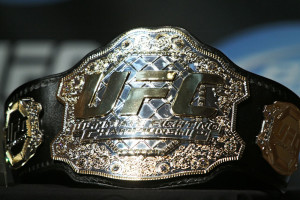 This was my first time attending the Fan Expo and it was a ton of fun. Meeting fighters, talent, and Dana White himself was probably some of the coolest memories that a fight fan can take home. Taking in some of the BJJ, wrestling, kickboxing, and karate tournaments was also a blast. Watching kids compete took me back to my competition days. It’s definitely cool still seeing every aspect of martial arts continue to be practiced and honored.

Now the real good stuff. UFC 189 was spectacular. While the undercard was a slow decision after decision, Matt Brown delivered as he does to end the prelims as a foreshadow of all the finishes we were about to witness in the main card. Thomas Almeida started us off with a very impressive flying knee KO, taking the kid to an impressive 20-0 record. He is definitely someone to keep an eye on. He’s got a fun style to watch and he delivers, even against the odds.

Another favorite was Dennis Bermudez and Jeremy Stephens. It was hard to predict this as I am fans of both men, but I knew it would be a violent one. To be honest I saw Bermudez winning this one with a bit more momentum heading into the fight, but Stephens is not one to be counted out ever. He nailed one of the most perfectly timed knees I’ve seen in a while to take home the victory against a real tough opponent.

Now…I know the UFC does not title their events anymore, but if they did, I would hope the name for UFC 189 would be “There Will Be Blood”. This had to be one of the bloodiest events in recent memory. If I recall, every fight in the main card had a heavy amount of blood hitting the canvas. But none more than the amazing fight between Robbie Lawler and Rory MacDonald.

I am not a huge MacDonald fan, but man that kid is tough. He impressed me with his heart that night. He fought hard regardless of what was happening to his face. Unfortunately, Robbie Lawler had more heart and the spirit of a warrior. If you’ve seen photos of these men after their battle, you know it was a WAR. Lawyer proved why he deserves that belt right now, he is a go forward power house of a beast. He is to simply put, ruthless. I was a fan before, after that fight, I am an even bigger fan. Very well done Lawler. That’s a kind of beating I’m not sure a fighter comes back the same from though, so keep an eye on MacDonald.

A small fun fact, up to that point of the 5th round, Lawler was actually behind in the scorecards 3-1. So if not for that finish, we would be congratulating a new Welterweight Champ.

Ok. Now what everyone wants to buzz about…The Notorious one…Conor McGregor walked into that arena promising a title and he delivered. Although not against his original opponent, against a 2 week notice, very game, Chad Mendes. Mendes definitely impressed, if not exposed a bit of McGregor. He was able to put McGregor on his back with ease. And if not for that sloppy submission attempt, Mendes could very well still be grounding and pounding on top of Conor. But Conor did what Conor came to do. Impressively rallied in the last minute of that second round to catch an already gassed Mendes and put him away at the right time. I’ll tip my hat to him, cause he wasn’t looking good at first. Although he extremely impressed me on how much he is able to talk while receiving elbows to his face.

So while we did not see the main event that we built ourselves up for, honestly, the best thing that could’ve happened for the UFC and even Conor, was for Aldo to pull out of the fight. Because now more than ever…the UFC  and its fans are dying to see this match. I do still strongly believe in Aldo being the man to put him away, but one has to admit Conor McGregor has a full steam of momentum heading into their future bout.

Overall this fight weekend was truly amazing. As a fight fan, I think we’ve all been hungry for a card that crazy. Thank you UFC, thank you Dana White, thank you to every fighter on that card for putting everything on the line for us the fans.