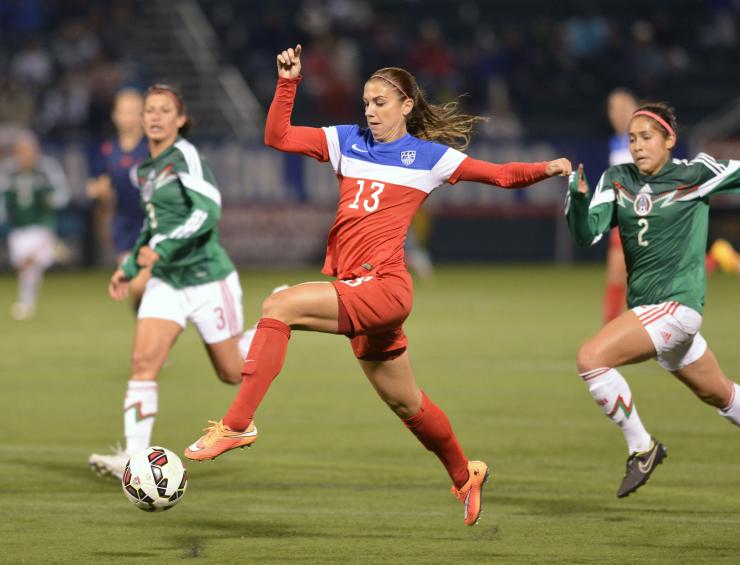 The last few times our ladies (Team USA) have fallen short, but something tells me this time, we won’t let the cup slip away. This time, Alex Morgan, Sydney Leroux, Christen Press, and Abby Wambach are taking the title and doing it right there in Vancouver, Canada which makes it that much more delightful. Team USA in Women’s soccer has arguably been the best on the globe overall in the last 20 some odd years. We have captured seven CONCACAF world titles, four of the last five Olympic Gold medals including 2012, but it’s been 16 years since we hoisted the world cup. I predict that ends this year. It all starts tomorrow and runs through July 5th. Team USA faces the tough Australia squad first on Monday. ************************************************************************** NHL STANLEY CUP

Simple prediction, the Chicago Blackhawks (already up 1-0 in the series)  will edge out Tampa Bay Lightning in six games. The Lighting do feature a young talented player by the name of Steven Stamkos, who leads a roster of youngsters, but there is too much experience, hunger and talent with the main heart of the Chicago roster who have already helped the ‘Hawks win the title in 2010 and 2013: (Toews 27 years old, Kane 26 years old, and Crawford 30 years old), and crafty Vets (Sharp 33 years old and Hossa 36 years old) will not let this chance for another cup slip away.

Expect to hear and see more of this in Chicago-

Am the only one who finds the expression ‘chip, annoying? What an unimaginative expression. I think Stephan A. Smith of ESPN popularized that silly expression. For one thing, it completely rips the best part out of the proper name, “champion” and then drops the s and swaps a c in it’s spot. Nothing cool about it, it’s just plain awful. I know Mr. Smith is way smarter than that, he needs to step up his game. I’m disappointed. Yeah, that’s right Stephen, I like you, but every time you use that annoying expression as a sports reporter I hear the sound of choking. Sometimes things don’t need a clever nickname.

Now, let’s actually chat about what is occurring on the hardwood, after only 1 game in the NBA Finals I think it is a good idea for the Golden State Warriors to plan where they want to place their soon to be 2015 NBA World Championship banner and what kind of design they want on their rings. Mr. Curry please study your line “I’m going to Disney World” and have it ready by game four in Cleveland. Last night’s overtime victory over the Cleveland Cavaliers,  by a tune of 108-100, showed that even Lebron James (44 points, 8 boards, 6 assists and 46 exhausting minutes) at pretty much his best, giving every ounce of his being isn’t enough to beat the Golden State Warriors on their OFF night. Top if off, we already know Kevin Love (Cleveland’s third best man) is out with his shoulder injury and Kyrie Irving the team’s 2nd best player, re-injured his left knee in overtime. Not even Lebron can overcome this.  In game two, I expect Golden State to WAX Cleveland by more than twenty points, pull out a close one in game three when in Cleveland and then thump the Cleveland Cavaliers in game four to complete a proper sweep. The city of Cleveland, Ohio must endure another year of sports agony. That is sad to see as it would have made a great story to see Lebron come back home and win.

Right now the glass is half empty for me regarding baseball. Here are things that make me barf, the New York Yankees are in 1st place, so too, are the Saint Louis Cardinals. I’m so tired of these teams being run intelligently and winning over, and over, and over again.

Meanwhile, two of my favorite teams, the Cincinnati Reds (23-29), and Boston Red Sox (24-31) are playing like a pile of dirty laundry. Time for both teams to dump over paid veteran talent for prospects.