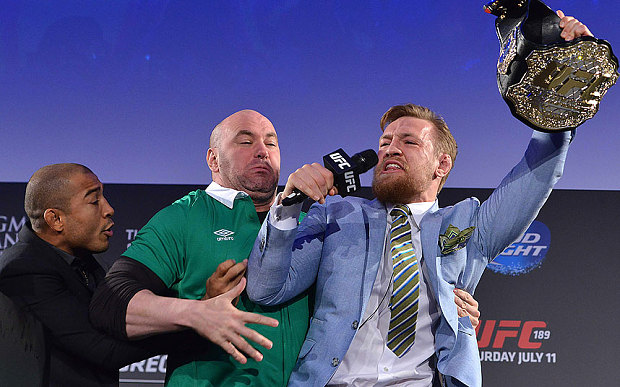 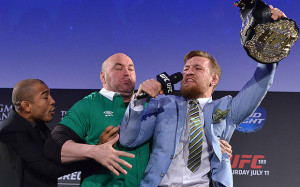 It is hard to ignore the fact that Jose Aldo has been on a tear of the featherweight division.  Dating back to his championship win in 2009 back in the WEC days. Posting a quite impressive record of 25-1 with his lone loss going all the way back to 2005! His list of victims are quite the names too, Chad Mendes twice, Franke Edgar, Uriah Faber, Kenny Florian…you get my point. But there hasn’t been a buzz this big around his championship fight until now. That isn’t thanks to him though, we can thank the ever so charming Conor McGregor.

It is equally difficult to ignore Conor McGregor, actually it is extremely difficult to ignore Conor. He likes the attention and he will do whatever it takes to get it. His performance in the octagon is impressive as well, showing only one decision in his 17-2 record. But in my personal opinion his list of victims are not as impressive. A win over the underachieving Diego Brandao, a win over the hypeless Dennis Siver…nothing against these guys and their abilities but they are not championship route material. But one thing the UFC loves is someone who can grab anyones attention at the lift of a mic. And McGregor has used his vocal talents to force his way into a title fight.

While I am sure this is going to be an excellent fight, I don’t see McGregor making it past Aldo. But this is still quite early to completely predict, fight isn’t til July 11th. My point is, McGregor has used the Sonnen technique and gotten himself a title bout in the process. I am not a fan of this, but I understand it sells. The incident that spawned my dislike completely for McGregor trash talking was the complete disrespect of the title as he snatched it out of Aldo’s hands at their recent press stop in Dublin. While it sparks quite the reaction and attention he seeks, it is a bit too WWE for me.

I am a fan of WWE though, but there’s a place for that. It’s the WWE. This is the UFC, you are professionally trained fighters and martial artists. I understand feuds, trash talk, and rivalries…those make for excellent buildups, but snatching another fighters title from his hand to parade it around is a bit much. Props to Aldo for not snapping and knocking out McGregor right there, but this exact move was done on WWE programming about a week before McGregor did it. It’s a bit too over the top. 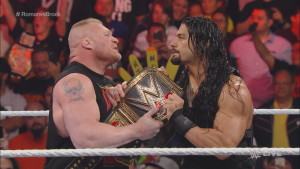 The truth is though is it definitely did what he wanted and that is to be talked about. Heck, why else would I preview a fight so far ahead? But lets be professional McGregor because at some point your actions will have to be answered to and the man answering that call is the #2 ranked P4P fighter according to most. I’m just saying…he’s not a man to toy with. G’day sir.