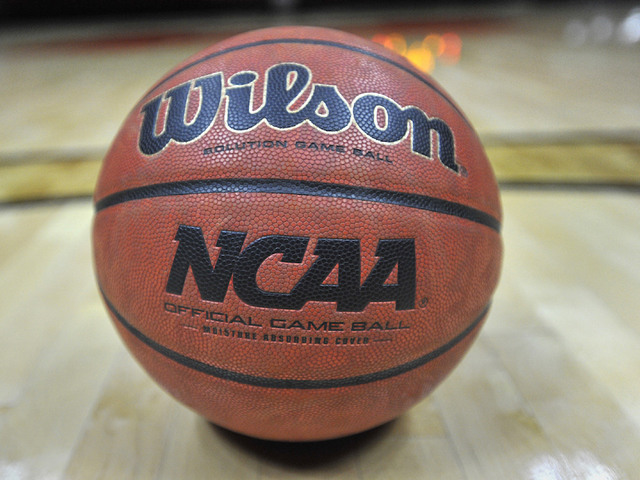 Where do I begin? You know there were some exciting games, especially the gutsy attempt by Notre Dame to nearly trip up Kentucky’s dream season. I knew Notre Dame was good, but I had no idea they there were that good.

Unlike the Kentucky Coach, John Calipari (He feels his team just played poorly not that the Notre Dame Fighting Irish were that good), who I disagree with. So if Kentucky goes undefeated maybe it will just be luck because in all the 40 games the other team just happened to play poorly? Yeah, just having fun as I think it is ridiculous to never give the other team any credit. In reality, I must praise the play and coaching of Notre Dame, just tremendous and they will hopefully recognize it and hang a 2015 Elite Eight banner up in their rafters. They earned that honor. I also must praise the clutch play of Kentucky as they came back for the win late as well as the good tactics by Calipari to use Towns and Lyles down on the block to get consistent offense.

Thankfully, I did correctly project seven of the Elite Eight teams and now three of the four schools, in the Final Four in our OTBR bracket challenge. In each of those Wisconsin was the only one I missed. Shame on me, the Wisconsin Badgers, led by Coach Bo Ryan have really built a program (He began as an assistant there in 1976 when Wisconsin would regularly battle Northwestern for the Big 10 doormat) to brag about no matter what happens, two back to back Final Four appearances is outstanding. In fact, all of these head coaches have now been here multiple times: Mike Kzryzewski (12 times-tied for 1st all time with John Wooden), Tom Izzo (7 trips tied for 4th all time), John Calipari (6 times), and Bo Ryan (Twice).  As a fan of the sport that is a real treat.

At this point, I have to stick to my original picks, with Kentucky and Duke advancing for a titanic duel on Monday, April 6th. Again, I originally picked Kentucky and I will stick with that.

Now I readily admit I could end up being wrong. Notre Dame proved Kentucky was a tad more vulnerable than I thought. Wisconsin has a chance, but they will need to continue to play smart and be hot from beyond the arc as they were in the last couple of games. Also , Wisconsin will need several guys to contribute, especially, the electric 6 ft 9 in. slashing,  shooting, athletic-jumping jack forward Sam Dekkar. I am not sure, but I suspect Willie Cauley-Stein will use his seven foot height and athleticism (he was a 7 ft.  wide receiver in high school-CRAZY COOL) to match the quicks of Dekker, even out in triple territory. I am interested to see if Dekker can drive around Cauley-Stein and draw a foul or two. Last year Wisconsin lost to Kentucky by only 1 point so you know the Badgers wanted a re-match with the Wildcats in the WORST WAY.

The other key matchup is Karl Anthony-Towns down on the block for Kentucky against the Wisconsin center Frank Kaminsky. Both of these dudes are seven footers who can really play. I think Towns will be getting the ball a lot down there with the intention of wearing Kaminsky down. When Wisconsin has the ball, Kaminsky can shoot from downtown for threes, pull up for mid range jumpers, he also has some mini-hooks and post moves down low. Kaminsky was a guard in the beginning of high school and just kept growing so this seven foot man can handle the rock, drive, and dish  to his teammates too. Kaminsky had only 10 points and four boards in last year’s contest, expect more this time around.

Both teams have a deep bench, except Kentucky has more size and the bench never ends. Due to great coaching and so many smart players on each side, neither team fouls much, don’t expect many free throws.

For the other game, Michigan State and Coach Tom Izzo, face Duke and Coach Mike Krzyzewski,  or ‘Coach K’. Seems like these guys can be penciled in to the Final Four almost every year. Holy smokes that’s 19 Final Fours between them both! The problems for Coach Izzo are that his teams usually have less talent than Coach K and this season is no different. Then there is the career record against one another, 8-1 in favor of Coach K. I believe it’s going to be 9-1 after next Saturday, but then again the Michigan State Spartans are playing with some magic in the last few weeks and maybe they can pull of the upset. If Michigan State does beat Duke, then they could be a team of Destiny.

Although, strong proud programs, Michigan State and Wisconsin are the “darlings” of those who actively root against blue-bloods Kentucky and Duke. However, if it I goes like how I suspect, I bet fans independent of Kentucky and Duke, would pull for Duke, since between them Kentucky is more Yankee-esque, and Duke would be the underdog. For me either way it will be exciting.