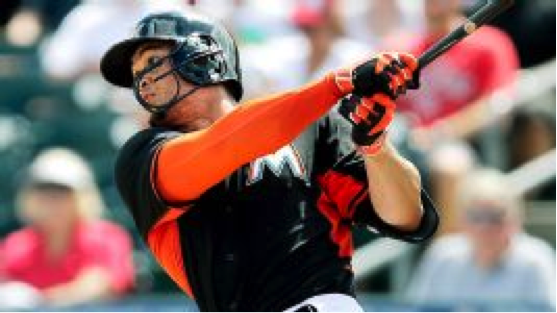 Things were looking pretty good for the Nationals last year. They had the best record in the National League, locking up home field advantage throughout the NL playoffs. After dropping the first game in the NLDS against San Francisco, they held a 1-0 lead with 2 outs and no one on base in the ninth inning thanks to an absolute gem from Jordan Zimmerman. Then, he walked Joe Panik (his only walk of the game) and, to the delight of Giants fans and horror of Nationals fans, manager Matt Williams decided that was enough for Zimmerman and brought in closer Drew Storen who was greeted with a first pitch single from Buster Posey, then a game tying double from Pablo Sandoval. 9 innings later, Brandon Belt hit a home run to win the longest postseason game ever, crushing the spirits and chances of Washington. Will there be a repeat of postseason disappointment or can the Nationals get over the hump? Will another team out east emerge as a contender or will it be a runaway for the Nats?

1. Washington Nationals – Did you know the Nationals have never won a playoff series in their history? Not too surprising since they only became the Washington Nationals in 2005, but I’m talking about franchise history. Before the Nationals were the Nationals, they were the Expos who spent 35 years in Montreal, making the playoffs once (though who knows how 1994 would have turned out if it weren’t for that stupid strike) and losing that series. Kind of mind-blowing to this writer. However, this year is unlike other years. Their roster is loaded, especially with that pitching staff. Their young hitters are another year older and wiser and hopefully their manager learned a few things from his rookie season last year. They are a little banged up going into the season, but there is virtually no chance this team doesn’t make the playoffs, and, if they are healthy in October, look out baseball world.

That rotation is bonkers. It’s so good that Tanner Roark won 15 games as a rookie last season and got rewarded for that with a trip to the bullpen when they threw all kinds of money at Max Scherzer in the offseason. But that kind of depth is what winning teams need in case of injury. You never know what a season has in store for you and having a young gun that already proved himself on the roster is more than a little valuable. Their question marks don’t revolve around pitching since they are stocked up on elite starters, have a top tier closer in Storen and even brought in Janssen and his 81 saves in the last 3 years as a set up man/emergency closer. Their biggest issue this season might be staying healthy. They will start the season with Span and Werth on the DL but they shouldn’t miss significant time. If they can avoid catastrophic injuries, they should be set. Anthony Rendon is poised to make the jump to superstar and will be a household name in no time. And what happens if they do suffer one of those injuries? They have a farm system ranked in the top-10 across baseball, so they certainly have the pieces to pull off a blockbuster trade at the deadline to fill any holes that emerged over the season. With a roster like this and guys like Fister, Zimmerman, Span and Desmond free agents after 2015, this is the year for the Nats to finally do so celebrating in October.

Bold Prediction – They will boast two 20 game winners. Not sure who they are, but since I can’t go wrong with any of those guys, I’ll take Scherzer and Strasburg. 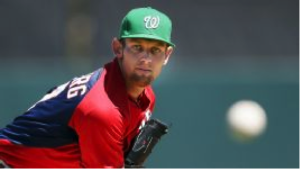 The starting lineup looks pretty good. If Lagares can develop into a solid leadoff hitter, they can score a lot of runs. Murphy is an ideal #2 hitter and the middle of the order is has plenty of power and manager Terry Collins can stagger the lefty and righty hitters, making it much harder to match up against in the later innings. David Wright can look like a superstar, but can also look very human.. Last year he struggled and had career lows in many categories. The Mets will need a big bounce back year from their third baseman if they plan on competing for the division or Wild Card. The rotation has the potential to be excellent if Matt Harvey can regain his form after missing last season with an elbow injury. They will miss young star Zack Wheeler this season who is dealing with his own elbow injury and is headed toward Tommy John surgery. Harvey, deGrom and Niese form a nice top of the rotation and their farm system is pitcher heavy if more rotation spots open up during the season. The bullpen is mostly untested and could be a large question mark unless they find a diamond in the rough somewhere. The Mets could insert themselves into the playoff mix, but only if their young guys like Lagares and d’Arnaud make the leap from talented prospect to legitimate major league starter. Everything will need to go right in Queens this season, but I see the Mets playing meaningful baseball late into the season.

Bold Prediction – Harvey pitches lights out in the first half and starts the All-Star Game for the National League.

Gordon at the top of the lineup will cause havoc on the league if he can get on base like he did in Los Angeles last season. Their outfield of Yelich, Ozuna and Stanton is one of the best in the league, not to mention the youngest. Stanton is the elder statesman of that group at the ripe age of 25 while the other two are primed to be All-Stars themselves. Morse was a good signing if he can stay healthy and even if the bottom of the order struggles, the top six should provide enough offense to compete with anyone. The rotation is another spot of strength and I didn’t even include Jose Fernandez in their possible rotation since he is coming off of Tommy John surgery and won’t come back until after the All-Star break at the earliest, so anything he can provide down the stretch is just a bonus. Alvarez emerged as a legit ace himself with three complete game shutouts and a 2.65 ERA last season. They brought in veteran Mat Latos to tie the rotation together. With so many young players on the roster, their season could go any number of ways. The talent is there for success now and even if they don’t reach the playoffs this season, the roster is very well set up for 2016 and beyond.

Bold Prediction – Fernandez comes back into the fold in August, pitches lights-out, but it still isn’t enough as they fall short of the post-season.

The top three guys in the rotation are building blocks every team would love and the back end of the bullpen is as good as they come with Kimbrel, Grilli and Johnson who both closed earlier in their careers. Once you get past that, it leaves a lot to be desired. The lineup has an odd mix of prospects, young starters and veterans to fill in the gaps. The team will struggle to find runs, but Peraza can revitalize the lineup if he hits the ground running whenever the day comes that he suits up for Atlanta. We will see how Christian Bethancourt handles the pitching staff in his first season as a starter. There are many “ifs” in Atlanta, but what seems certain is there will be struggles and the Braves will do all they can to stay out of last place in the East.

Bold Prediction – They score the fewest runs in the league and at least one pitcher on the staff voices their frustration with the lack of run support.

Plenty of question marks up and down that roster. Ruiz/Utley/Howard are at least 3 years removed from their prime and aren’t likely to get better. Revere is an excellent centerfielder and leadoff hitter, but this is another lineup that will struggle to find runs throughout the season even if the aging middle of the lineup can stay healthy. I’m sure the roster will look much different at the end of the season with the inevitable in-season trades, so we’ll see what manager Ryan Sandberg can do with what he was given. The rotation is in flux too with Cliff Lee out for an unknown amount of time and how effective he would be upon return is questionable. Hamels can still deal as evident by his 2.46 ERA last year and will be the biggest trade chip they hold. After Hamels, there is not a whole lot for Phillies fans to rest their hats on. The bullpen might be the strongest part of the team with Papelbon still putting up good numbers (39 for 43 in save chances) and Ken Giles looking like their closer of the future putting up a 1.18 ERA and 64 strikeouts in just 45 innings. The trick will be getting the ball into their hands in a meaningful situation.

Bold Prediction – The Phillies finally become interesting just ahead of the trade deadline in late July dealing both Hamels and Utley to the Dodgers in a blockbuster trade. Papelbon also gets shipped out to Detroit for their playoff run.