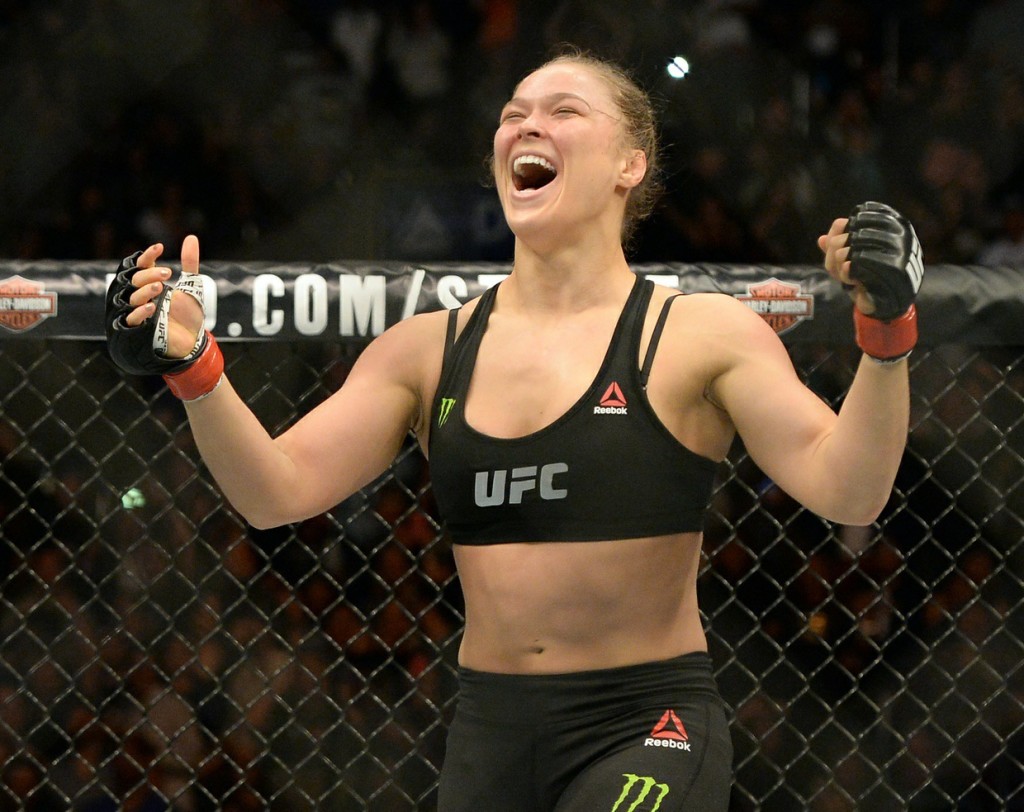 Wow. I’m not normally at a loss for words, but wow. That’s about the only way I can describe Ronda’s moment at UFC 184. As I stated in my previous article, I knew she had it in the bag. Now I’m not stating that I “called it”, I’m sure plenty “called” Ronda winning, possibly even by armbar. But I seriously doubt anyone ever saw her winning in 14 seconds!

When I said “don’t blink” in my last article, I didn’t think I would mean it literally: because if you blinked when the bell rang, you quite possibly missed that entire fight. It’s too hard to say Cat Zingano had a terrible gameplan because we didn’t get a chance to see any of it. Yes, she probably shouldn’t have bull rushed Ronda, but that scramble could’ve gone either way. Or maybe not…was this the example of just how dominant Ronda Rousey has truly become.

Not many great fighters, specifically champions have improved as dramatically as Ronda has. Jon Jones is great, but he’s faced his challenges, still shown greatness but with obstacles. Cain Velasquez has obviously shown a fault when he lost his belt the first time. Anderson Silva…I won’t go that route, he still is great but equally has shown a few weaknesses and challenges. Ronda’s biggest setback has been possibly Liz Carmouche taking her back for a couple minutes at UFC 157.

Although it is possible the talent pool is just currently not there yet. It is a young division and she may just be ahead of her class. I do agree that Cat Zingano could deserve another shot, but does that mean everyone else that lost to her in the first round deserves one? I’m sure Cat will climb her way back for a second go at it. (Please be patient next time).

Ronda’s last three fights add up to a total on 96 seconds. Not too bad. Say what you want about the girl, that’s one bad ass chick. I’m sure there is plenty of new challenges coming her way, but for now she is still the absolute best there is. Possibly in any weight class (men or women). So don’t blink folks, cause Ronda has plenty more to show and that’s a scary thing. Wow.