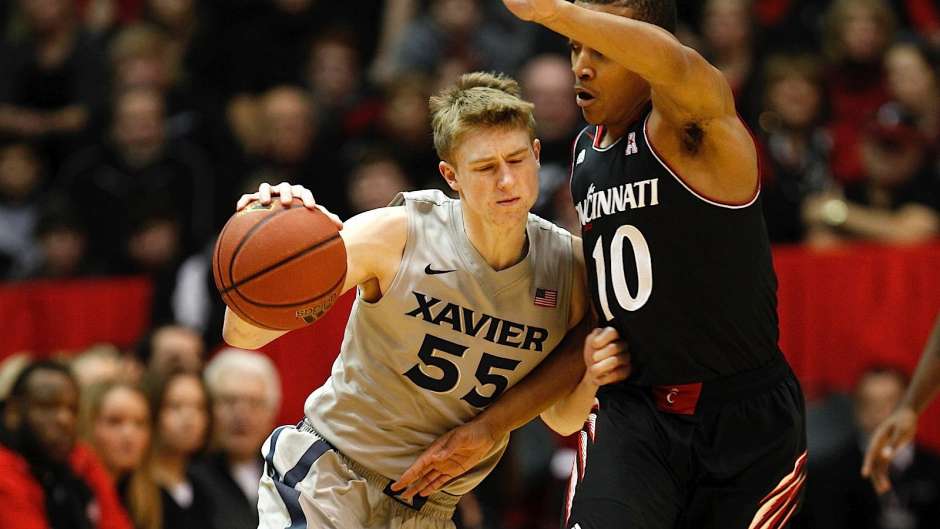 The crosstown shootout is actually one of the better rivalries in college basketball that still remain because the two schools (University of Cincinnati Bearcats and the Xavier Musketeers) were never in the same conference and they are a meager 3.5 miles apart. While the University of Cincinnati holds the series lead at 49-33, counting Wednesday night, Xavier has come out looking royal blue and victorious 13 times in 19 years. It’s practically a stranglehold on the rivalry.

When it comes to recruiting, Cincinnati in this time period has tended to get the better picks of talent. So why does Xavier virtually own the annual matchup? Xavier’s teams are not only better coached, no matter who it is(from Skip Prosser to Thad Matta, to Sean Miller, and these days Chris Mack), but they recruit for guys who will use their system to outwork their opponents. They tend to take away UC’s strengths and they usually make less mental errors.

Wednesday night was no different. The UC Bearcats are not an offensive juggernaut. They rate as the 313th offense in points per game. They shoot 44% from the field as a team. They are not great at rebounding nor are they good at assists, 257th in the country and 68% from the charity stripe as a team is not that good either. What UC does well is play tough man to man defense, 7th in the nation in points allowed, 55.4 ppg and their task was to stop Xavier’s offense, which tops the Big East conference in scoring.

Xavier (now 17-10) packed the paint knowing Cincinnati’s (now 17-9) offense is 4 guys standing and watching the individual with the ball. When the Muskies had the ball they reversed it from side to side and made the bearcats defense work, there was cutting, screens, selfless distribution for the best shot, whether it was there instantly or they needed 35 seconds to find it. When Xavier had the chance to exploit an opportunity in transition they hustled and capitalized. They got shots down on the block, guys getting layups on moves to the rim without the ball, and blitzed open looks into the net from Tripleville, especially 66% of their first half points were threes.

In the second half, despite a furious come from behind by Cincinnati, Xavier’s Freshman Trevon Blueitt pumped in two free throws for a 59-57 win. As long as Cincinnati continues the same old style of worrying more about a recruit’s ability to bench press, his wingspan, and how cool he looks when he dunks, without also considering the fundamentals and willingness to play as a unit in a very unimaginative system I might add, they will find ways to lose close games against the Musketeers year after year. Don’t get me wrong, Xavier has some athletic guys too, but they also understand they have to play together on each side of the court so they can win together.