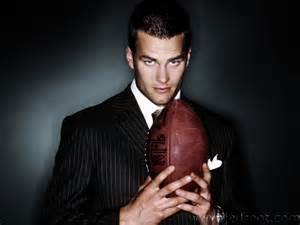 Deflategate is one of the dumbest “controversies” I have ever heard of. I am having a difficult timeunderstanding the alleged advantage secured by the Patriots with slightly under weight footballs. Now that being said I understand there rules which should be followed. It is rather funny that Belichick is saying he had no knowledge of the situation and you have to ask Tom (his quarterback) I never handle the balls. Of course Brady also has no idea what happened. I admit it seems fishy that no one has a clue, yet the balls were underweight and I have to point out, the referees approved the balls! That fact keeps getting lost in the media. So when are the Refs’ going to have a press conference? I actually think this a pitiful controversy which reveals that we have a stupid rule. Change the rule and allow for a little more slack in ball weight. This isn’t an HGH or steroid issue.

I also wonder will this fire up the rest of the Patriots or be a distraction. Time will tell. Super Bowl media day is going to be a blast next week. My prediction is that the equipment manager or some mythical intern will get saddled with the blame and come out saying they made some miscalculation and oops over-deflated the balls and this all goes away over time.

Why isn’t there a press conference for the referees who called a penalty against the Cowboys in their playoff game against the Lions and mysteriously lifted the flag up off the carpet and acted like it never happened? The Lions got worked over. There wasn’t a lot of screaming about the integrity of the game in that case.

Like most football fans outside of the fine state of Hawaii I have no interest in the glorified flag football game known as the pro-bowl. Be honest with yourself what’s riding on the game? It’s a snoozer.

Speaking of pro-bowls and all-star games, the only thing exciting about the upcoming NBA all-star game is that the talented and quite attractive Ariana Grande is going to perform during the halftime show in a revealing outfit I’m sure. If Lebron were to give the fans what they want and participate in the dunk contest while he is still young enough that would bring some eyeballs to the TV. As for the actual game, defense is rarely played except in fleeting moments, but it is a better choice than the NFL pro-bowl.

I’ve only recently began to pay the NBA some attention. The Cavs’ are a disappointment at 23-20 and the 2nd era of Lebron in Cleveland is off to being a bust. They will rue the day they traded Andrew Wiggins who could have been Lebron’s Scottie Pippen. The Atlanta Hawks and Golden State Warriors are looking like the best teams so there is at least some new blood at the top.