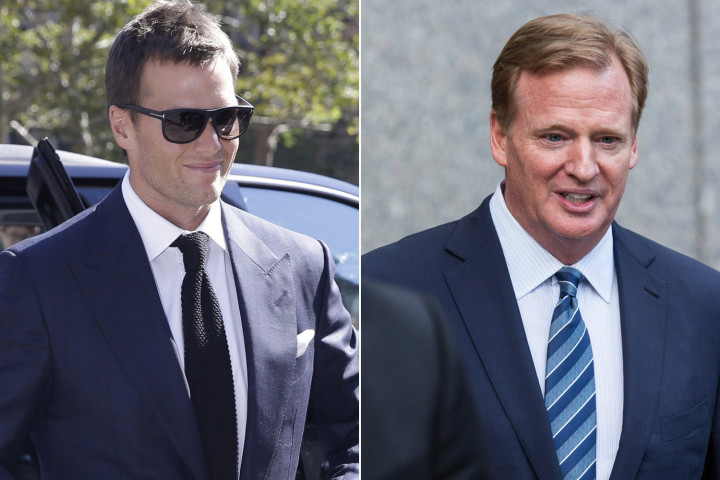 ESPN.com is reporting that Tom Brady has won his appeal against the NFL and DeflateGate has been tossed.

It is hard to beat Tom Brady in 2015.  After stomping on the Indianapolis Colts with over-inflated footballs, and winning one of the most exciting Super Bowls in memory, David has taken down Goliath.

This might be the biggest win against the NFL ever, and our interns are now doing the research to verify that.  Roger Goodell has shown that there are kinks in his armor of the NFL “shield” that he claims to protect.

What happens next?  Pure speculation, but I think here at On The Bench Report we have a pretty good idea:

Good job NFLPA.  And thank you Judge Berman for giving us trust in our court system.